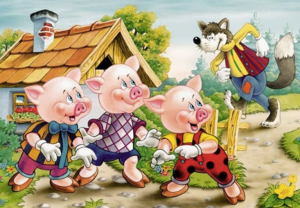 Analogies can help us understand some of the most complicated subjects. Rest assure, I ashore you (ok, I’ll even drop a pun), climate change is no a stranger to complicatedness  – and sea, climate is in some part essentially complicated.

Nevertheless, with no disrespect, especially to my own colleagues, there are thousands of academics, professionals and scientists, trying to crack the code to find a solution to the current complicated change in the climate. Further, another fleet are trying to decipher just how we might adapt to the effects from the changing climate. For my own interests, I am intrigued in how we will continue to live along the coast as we watch the sea swallow the land, as just like you, I love the coast.

Let’s reflect back to the good old days, and for me, that is the early nineties. I most likely read my first nursery rhyme, dreamt of being Cinderella and thought of the possibility of being half mermaid. As an innocent child I saw such fairy tales filled with love, challenges and triumphs; however now as an adult I see problem solving, adaptation and achievements in those very same stories, dreams and thoughts.

What happened, happens, and why? The first little pig built his house without any realisation of the vulnerability of the surrounding forces. To the best of his knowledge and ability, he used available resources to build a house for himself. However, if he knew of the likelihood that his house would have been destroyed quite readily and his life was at risk, it is likely that he would have not used straw, or built in such a vulnerable location – right? Hence, the first little pig had a lack of initial awareness about the underlining threat of the big bad wolf.

The link here with our landscape and surrounding forces is that it is unfortunate that our desire to be close to the sea and the lack of previous awareness about the coastal environment has resulted with urbanised landscapes in vulnerable locations. Buildings and lives were lost, and lessons learnt. Thus, there is now a re-evaluated desire to a build a more resilient landscape.

Mud: Aha! Mud it is! The second little pig built his house out of mud in hope to stop the big bad wolf huff and puff and blow his house down – however, he didn’t succeed. And so, for us, as the sea continued to strip away the coastline, innovative ways to stop the sea from taking the land were engineered and built – aha – beach nourishment, sea walls, groynes, dykes, etc! However, both issues managed to continue to lurk around and with evermore-watery mouths.

Brick: “I know, a big strong house made of bricks will fix the problem and there will never be a worry about the big bad wolf”, said the third little pig. He built a strong, sturdy house to reduce his vulnerability from the big bad wolf blowing this house down, and created a safe haven for the other two little pigs… but the wolf was still lurking around, wasn’t it? And, the big bad wolf ended up making his way down the chimney though landed in the pot of boiling water…

The argument here is that what we considered future proofing the coast in the past is now vulnerable. In hindsight of this, just how information and technology advances have changed the way we act on our senses, so does the way adaptation in itself adapts. What we considered “future proofing” coastal communities in the past may not seem acceptable or sustainable in today’s world. However, the million-dollar question is, how will current ideologies about “future proofing” coastal communities be perceived in say, Futurama times?

How we choose to adapt to the changing climate can be anyone’s best bet, but what we have to be thankful for are the dedicated teams of thinkers, researchers and analysers that incorporate innovative and adaptive designs in ‘a’ solution. Adaptation is a process, and so is community change and climate change.

I don’t know, maybe this is too much of a tangent for one tangent. All I say, for the time being, “yew … the surf’s up!”